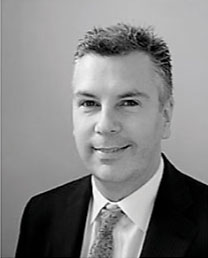 Michael joined the firm as a trainee in 1993 after graduating from Staffordshire University and completing his studies at the College of Law in Chester. He qualified as a solicitor in November 1995 and he became a Partner in 2000.

Michael deals with a varied litigation case load acting on behalf of individuals, small businesses and large international companies. He has clients from all over the UK, Europe and as far afield as the USA, and is often instructed by other solicitors to act on their behalf. Michael has a particular interest in Commercial Agents (Council Directive) Regulations 1993, and has acted on behalf of both Principals and Agents. Most claims are negotiated to a settlement before trial if at all possible, and Michael has a great deal of experience in mediating disputes.

He has had cases in the High Court and the Supreme Court and all over the country.  He is able to deal with complicated matters with complex legal issues and voluminous documents.  His friendly and professional approach assists in negotiations with the other party and his relationship with his clients .  He is a tough negotiator and is respected by his clients who know they are in safe hands with him.

Michael has written articles on the Money Laundering Regulations and advised other Regulated professions in relation to their obligations under the legislation.

We confirm we have complied with the government’s guidance on managing the risk of COVID 19. See our commitment to this in Our Covid 19 Office Working Policy. We will see you in the office and can arrange Video and telephone meetings .

As from 1st June all of our offices will be open for clients to attend strictly by appointment only.

This website uses cookies to improve your experience. We'll assume that this is okay but you can opt-out if you wish.Accept Read More